A New Explanation of How We Control Our Lives

Control theory implies an active role, or responsibility towards one's behavior. Much of his book is concerned with the behaviors we choose as we attempt to control our lives. Glasser claims that all behavior is made up of three components: what we do, what we think, and what we feel. According to Glasser, all behavior is an attempt to satisfy powerful forces within ourselves. He argues that regardless of our circumstances, all we do, think, and feel is always or best attempt at the time to satisfy the forces within us.

Sometimes, this behavior may be ineffective or even destructive. For example, Glasser describes psychosomatic Illness, drug addiction, and other radical behaviors as an individuals struggling to gain control of their lives in the best way they know how. Conversely, he illustrates why some people give up when feeling they have lost control. This ineffective behavior may persists even when other options later become available.

Others may choose depressing or anxieting, or perhaps the act of headaching or phobicking may make more sense to them. For Glasser, feelings are better expressed as verbs. Adjectives such as depressed and anxious or nouns such as headache or phobia suggest a passive role. Glasser expresses the importance of this sort of language. By using the right language carefully, we may emphasize our control over everyday situations.

Glasser explains in his book why we are typically unaware that we choose much of our misery. Glasser gives four reasons why we choose misery. They include;

By accepting misery is a choice, Glasser predicts you will find better choices to replace it. Glasser states, "We almost always have choices, and the better the choice, the more we will be in control of our lives." This includes choices of not only how to act but how we feel as well. How we feel is not controlled by others or events, unless we choose to allow it to. He understands that we sometimes feel we've lost control of their lives or we feel we're in a hopeless situation. Even in these situations, Glasser maintains that we can choose to feel miserable or we can learn to make better choices that are available to us.

Glasser invites the reader to think of at least a few people who they know who made a better choice than misery when they have been laid off from a good job. He points out that somehow, without fear or resentment, they dealt with this situation as a challenge and chose not to be overwhelmed.

Even for those of us who may not be in such a desperate situation, Glasser claims taking control of our lives is more likely when understand control theory. By putting control theory to work in our lives, we will spend our energy attacking the problem rather than blaming it. Glasser urges us to take the time to figure out flexible and creative behaviors that may be more effective in our lives.

Beyond the need to breath, Glasser identifies five needs that together make up the forces that seem to drive most people. They include;

He seems to recognize that there may be other needs, but he sees these five to be the predominate needs of most individuals. Glasser specifies control is not a need; it is a way we must function to fulfill our needs.

Glasser states, "... our need to belong; because we need each other, we are willing to accept some control-but not too much. Our lives, therefore, are a continual struggle to gain control in a way that we satisfy our needs and not deprive those around us, especially those close to us, of satisfying theirs."

Glasser describes how early on we learn how to deal with our environment to satisfy our needs. Behaviors and values that satisfied our needs in the past often may not serve as the best means later on in life or under different circumstances.

Glasser illustrates, when we satisfy a need by doing something, we store a picture of what satisfies us in a place in our heads. Glasser calls this place our personal picture album. We learn early on that when we want to satisfy a need, we will start turning the pages of our album. Glasser points out, though, we often have pictures in our albums that cannot be satisfied in the real world. Our relentless effort to satisfy our pictures may become self-destructive, or socially unacceptable in some cases. Glasser discusses examples of people of suicidal tendencies, anorexics, alcoholics, and homosexuals.

It is important to realize that no two people can share the same pictures. Glasser suggests this realization must be an integral part of the way we deal with everyone around us. Many of these pictures can be very difficult to change, but change is still possible. Glasser explains that forcing a change is usually counterproductive. To get along with someone and perhaps eventually persuade them to change some of their pictures, we need to begin by trying to find some pictures that you share with them. Glasser discusses further how this process further develops into a more productive relationship. Related topics such as conflict, criticism, and raising children are also discussed in his book.

Glasser explains how our behavior is our attempt to reduce the difference between what we want (our picture in our heads) and what we have (the way we see situations in the world). This behavior involves acting, thinking, feeling, or may involve our bodies. Glasser discusses why we often hang on to a picture in our heads, even if it means in engaging ineffective behaviors. Glasser recognizes four separate components of what is he calls total behavior, doing (or active behaviors), thinking, feeling, and physiology. He claims that the more we are able to recognize all of the different components of our behavior, the more we will be in control of our lives. He explains it is impossible to choose a total behavior and not choose all of its components. If we want to change behavior, we can choose to change its doing and thinking components. Regardless of how we feel, we always have some control over what we do. Glasser explains, "..., I have no ability to change how I feel, separate from what I do or think, but I have almost complete ability to change what I do, and some ability to change what I think, regardless of how I am choosing to feel."

Glasser credits his introduction to control theory to Willian T. Powers highly theoretical book Behavior: The Control of Perception (Chicago: Aldine, 1973). Although control theory has been supported by research, Glasser points out that his book, Control Theory, is a book of ideas, not research. Glasser expresses his gratitude to Dr Ellen J. Langer of Harvard University for compiling much of this corroborating research in her book, The Psychology of Control (Beverly Hills, CA: Sage Publications, 1983).

This book teaches the principles of control theory to help the reader gain effective control of their lives. The reader will learn to make more effective choices rather than the ineffective and painful ones we often make in attempt to satisfy our powerful and unrelenting needs. Glasser advises, though, to truly learn control theory, we must give up our lifelong, common sense belief that we must merely react to events around us. He warns the reader that this may not be an easy change. He adds, that lifelong beliefs die hard, particularly if they are held by almost everyone you know. Finally, Glasser encourages the reader to be skeptical of the concepts explained in his book. He states, "Believe nothing in this book, no matter how persuasive my argument, unless you try it out in your life and discover it works for you."

I found several unique features in reviewing Glasser's Control Theory. This included the concept of psychosomatic Illness, alcoholism, drug addiction, and other radical behaviors as being a futile ritual in attempt to gain control of one's life. Likewise, the concepts of affect such as depression and anxiety were unique in their construct.

I agree with Glasser's schema of doing and thinking being the primary driving force, although I find personal value in exploring and sharing feelings with my professional clients and friends. In retrospect, perhaps the humanistic and reality theories do not have to be mutually exclusive after all.

I find the practical strengths of this theory to be its emphasis on individual responsibility and action. I enjoyed the helpful analogies and short stories Glasser used to illustrate his points. Although, one may argue that Glasser's Control Theory possesses scientific lackluster, I feel both the content (or lack of) and the non-technical writing style targets the audience it seemed to be targeting.

Influence: The Psychology of Persuasion
How Bad Do You Want It?: Mastering the Psychology of Mind over Muscle
The Mindful Athlete: Secrets to Peak Performance
Fitness & Exercise Motivation: Fitness Success Tips for Mindset Development and Personal Fitness Planner Creation

Our Relationship to Risk

How Endurance Athletes Are Using the Power of the Now 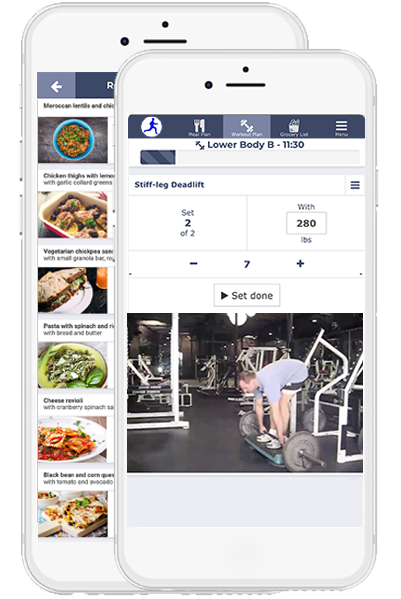